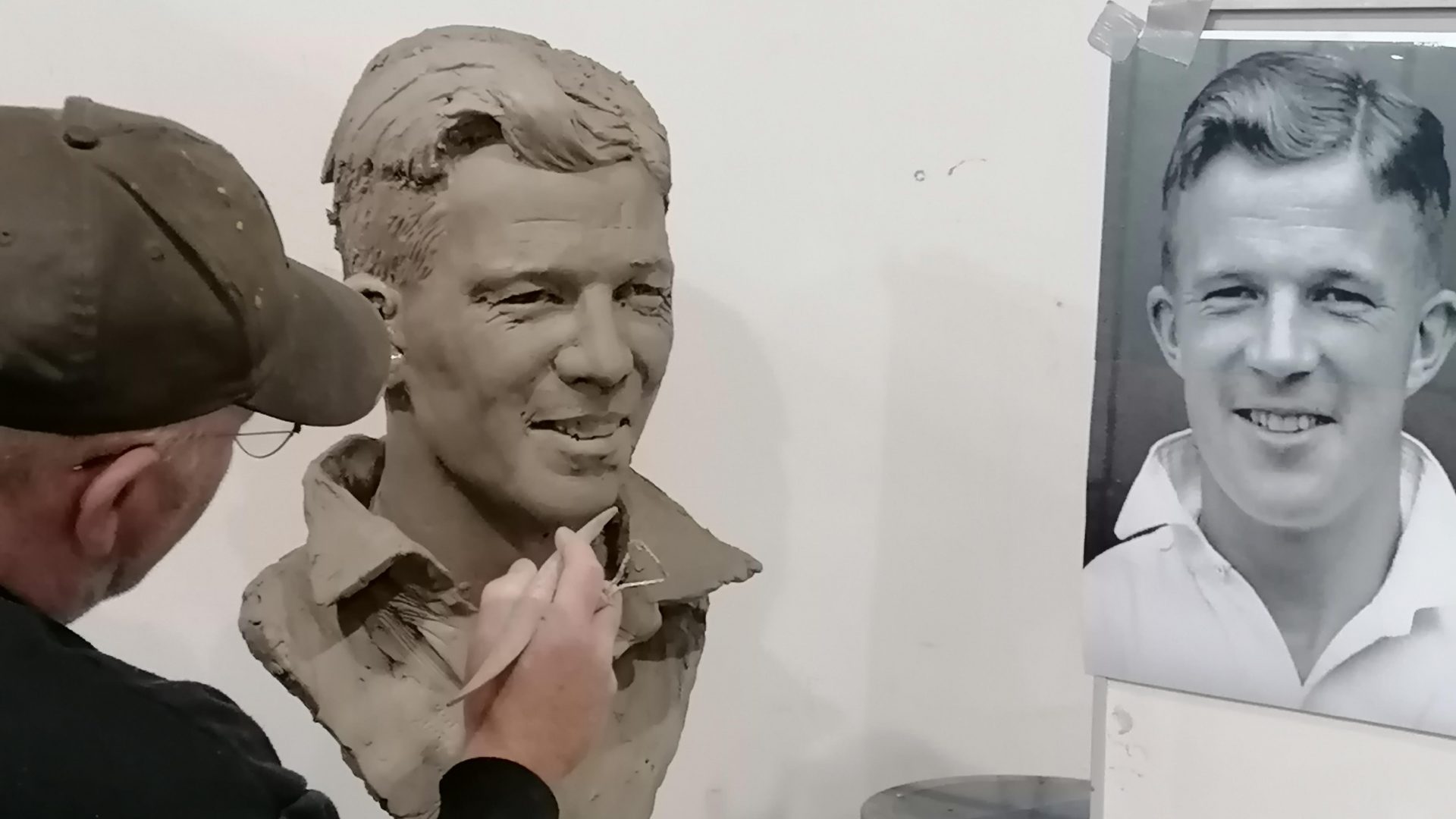 Remembering Reg: Our Campaign to Build a Bust of DCFC Legend Reg Harrison

Rams Heritage Trust, in partnership with Field Lane Football Club, are delighted to announce the launch of a memorial campaign for Derby football legend, Reginald ‘Reg’ Harrison, with the full support of his family. Born on 22 May 1923 in Normanton, Reg is perhaps best known for his appearance in the victorious 1946 FA Cup Final where his beloved local team defeated Charlton Athletic 4-1 as they lifted the trophy for the first and only time. Reg played for Derby County from the age of 16 as an amateur and signed his professional papers in 1944 whilst serving in the Royal Engineers during the Second World War. He remained at the Rams until 1955 before moving onto Boston United and later Long Eaton United. After hanging up his boots, Reg remained in football for a few years as a manager before focusing his career on setting up centres for young people in Derby.

Harrison started in the Derby Leisure Services as a leader at Stockbrook community centre before moving to Chesapeake and later Field Lane. As well as his exploits for the city’s premier footballing side, Reg also dedicated much of his life to developing grass roots football in Derby and established football teams at each of the community centres where he worked. Many of those who fondly share memories of Reg today remember a humble and passionate man who gave assistance and support on and off the pitch while dedicating his life to improving local communities. His achievements were honoured by Derby City Council in 2019 when Reg was awarded the Freedom of the City of Derby. A great testament to his legacy is that all of those clubs established by Reg are still flourishing today.

To recognise the work of Reg and his importance to football in Derby, Rams Heritage Trust are launching a crowdfunding campaign for the people of Derby to recognise his life’s work. To achieve this goal, we have commissioned sculptor Andy Edwards to craft a one-and-a-fifth x life-sized bust of Reg Harrison which will sit proudly beside the entrance to Field Lane Football Club, one of the clubs founded by Reg in 1982 and close to the family home in Alvaston where Reg resided until his passing on 17 September 2020. Andy has worked on similar memorial projects in the past with his most famous works including the Steve Bloomer bust and Dave Mackay and Clough & Taylor statues at Pride Park Stadium. We are incredibly passionate about creating a lasting and visible memorial to Reg for generations of Derbeians to enjoy and are very confident that Andy will create a fitting tribute to a local legend. The bust will sit on a 5ft plinth provided by local construction entrepreneur and Rams fan Ian Hodgkinson.

The fundraising target for the campaign is £8,000 which will cover the cost of the bust’s manufacture and installation. Fundraising will commence on Friday 16 October and any funds raised over the target amount will be split between Field Lane FC, to fund development of the club, and Rams Heritage Trust to commit to future memorial projects.

You can donate to our crowdfunding page at www.crowdfunder.co.uk/remembering-reg-harrison-bust-campaign.