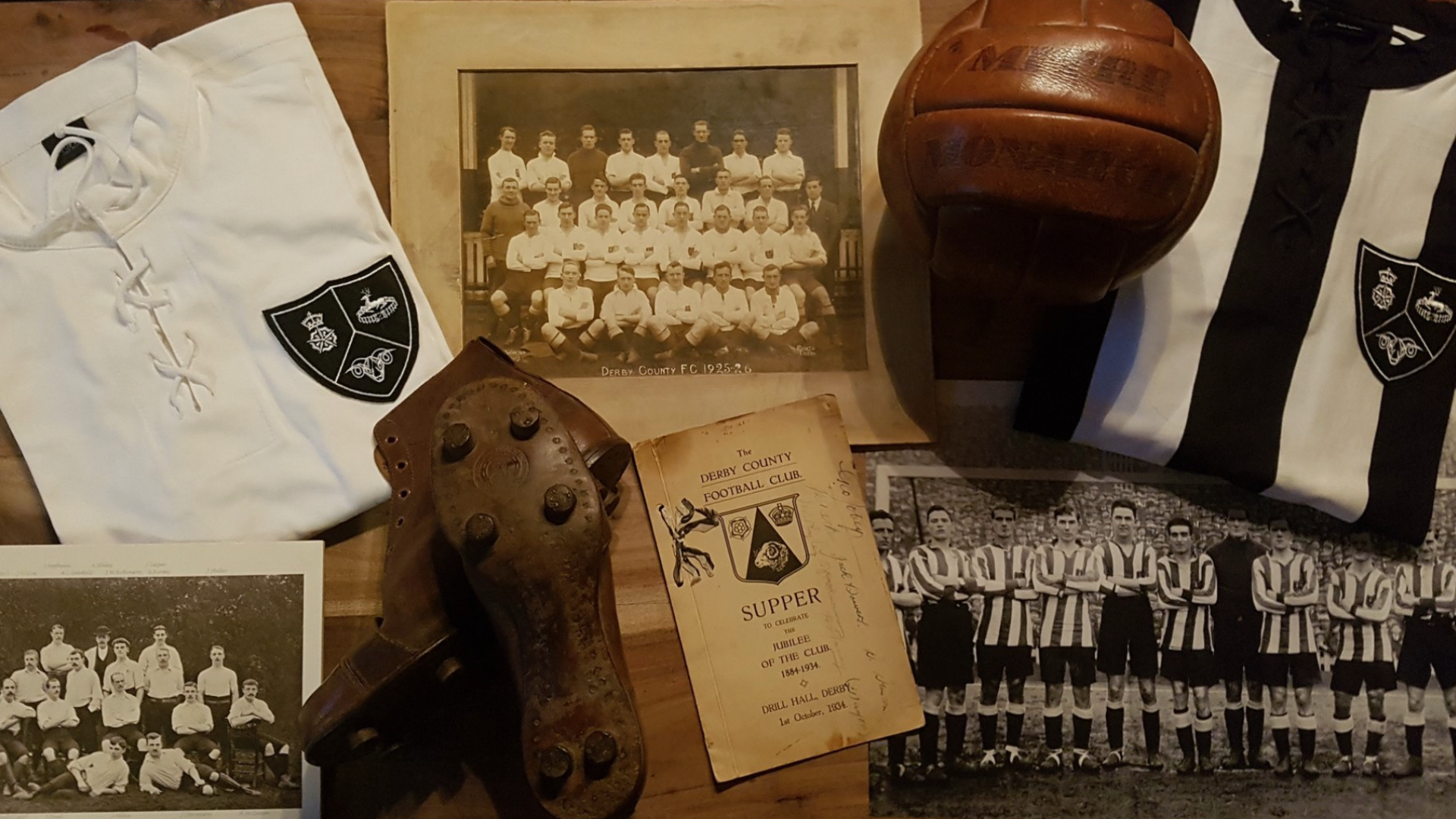 It is our absolute pleasure to announce our collaboration with Littleover Brewery to create a commemorative beer celebrating 125 years since the Rams moved permanently to the Baseball Ground in 1895.

Derby’s first game at the Baseball Ground after the move was against Sunderland AFC, one of the greatest sides of the late Victorian era – the so-called “team of all talents”. The hype was not to be believed however as the “destroying angel” Steve Bloomer dispatched the Wearsiders with a trademark brace. The Rams running out 2-0 winners. Bloomer’s goals preempted the start of a golden era for the relatively young club with three FA Cup final appearances in the next ten years. The Rams’ first season proper at the BBG would also end with their then-highest finish, earning second place in the Football League Division One behind the imperious Aston Villa.

It seems fitting to honour this anniversary given its importance the history of the football club and with it falling in the Trust’s inaugural year, we felt an added impetus to celebrate in style. The ale is just the start of a year of events and projects which we hope will encourage both the current and next generation of Rams fans to interact with the club’s past.

The beer is currently being brewed in Littleover Brewery’s unit off Shaftesbury Street, a stone’s throw away from the former site of Derby’s iconic football ground. It is expected to be available in pubs in the first week of March, with availability in the city centre and selected local establishments.

Littleover Brewery are famed for their wide selection of great tasting ales, which have proved a big hit both in the city and beyond with loyal drinkers up and down the country. In the past they have worked with Derbyshire County Cricket Club and Derby County to produce testimonial beers for Tony Palladino and Shaun Barker respectively. Accordingly, we are incredibly excited to join this list and are immensely grateful to Tim Dorrington at the brewery for the opportunity.

Tim has a soft spot for the Rams having supported Derby since his first game away to Aston Villa in March 1969 – the year Brian Clough’s men won the old Division Two and Derby returned to the top flight of English football. Tim admits that he has been spoilt during his time as a Rams fan and has many fond memories of the BBG from his years on the terraces. From the glory years of the seventies, when the Baseball Ground hosted European royalty in Benfica and Real Madrid, right up to the resurgence of the club under Arthur Cox and Jim Smith in last quarter of the twentieth century.

In terms of specification, the beer is a well-balanced golden ale brewed with Hallertau Blanc hops from Germany. It promises to be an easy-drinking pint and importantly, not too bitter or hoppy for the average drinker. The ale weighs in at 4.2% ABV making it a perfect session beer or pre-match tipple that both lager drinkers and seasoned real ale aficionados will enjoy.

Contributions from the sale of the beer will go to Rams Heritage Trust to fund a special project to commemorate the anniversary later this year. Stay tuned for more information about the project and drop us a line on our Contact page if you are interested in getting involved in the celebrations.